weekly radio with derek piotr
B E A U T Y = beamed electronically across underlying true yearning
tune in on http://radio.computer/
every wednesday 10pm eastern time

mixcloud archive of past episodes

premiered alongside this XLR8R interview

“This is Pop done the Piotr way”

Stray Landings dissect the first single from Forest People Pop
and premiere one track, “Light”, below

before i officially [as i see it now] launched my solo career, i did a noise-and-spoken-word project during much of 2009 and released it on vulpiano records feb 19, 2010. one track has always stuck out for me from that project, a duet with Carahanni, “precurs” . i decided to resurrect and do a solo only version of this weird little track in honor of the project turning 7, as well as “remixing” the original photos i took for the artwork of lichen mimicking a circuit board. and happy to say after all this years i can still call vulpiano home.

i am happy to announce i have a new record, Forest People Pop, due out later this year

for now please find an on-topic interview with Stray Landings, plus gushing intro
(“years of pushing his vocals into groundbreaking new territory”)

there will be much more to share very soon

offering flowers for 2017 & beyond
floral futurism & technofeminism are the answer

dear listeners, a very special announcement:
i have been working with bernhard günter on relaunching the trente oiseaux label
the first wave of releases for the relaunch includes an EP of remixes we worked on together
based on my Drono track “Shallows”
you can listen to and buy the release here:

http://nickfitzpatrick.net/homelands/
Homelands is a piece I worked on with Nick
the audio is a left-over of Drono
please click HD to watch the video!!

dear listeners
I am happy to announce a small release on an Indonesian label
Tandem Tapes approached me to work on a split release with one of their artists
‪I thought it would be a good opportunity to shine light on the star player of Drono, “Wash”‬.

lately I am preoccupied with making beats and textures out of bamboo recordings
‪I am really happy to be able to tell this different story of the piece and push it from techno-drone territory into fullon rhythmic hypnosis…‬with some hidden gamelan
hope you enjoy:

Zap! Bang! Magazine spoke to me about Drono, production process, and my work in general
you can read the interview here

endless gratitude and wonderment to my collaborators
and especially to all listeners:
thanks for listening my crazy dusty music

ahead of Drono, I am exited to announce the release of “Shallows” single on cassette
which features two alternate mixes of tracks from the record
these mixes are longer and more feral and contain a digital edge
which the album versions will not have
Drono will be released in a few months
for now please enjoy this single! pre order is running at Scioto Records

my next record will be ready in a few months

I was interviewed by He Can Jog for his podcast series, Pattern Studies Radio
I talk about studio practices, microsound, and my upcoming drone album
listen to it here and download it here

Kyle Tieman-Strauss and I were invited to perform “Tennis” at Salon Sessions:

I spent some time at WGXC Acra on Saturday
audio of the show is here as MP3 [83.1 mb]
and my DJ set playlist is below:

I was lucky enough to do a sun-themed AA digital single with he can jog‘s band, the geodes
they remixed “sunlight, fruit trees” and I remixed their track “sun storm” into haroan boru territory
listen below:

Bahar is available to preorder over at the Bit-Phalanx store:

a few exciting updates!
first I am pleased to say I performed pieces from Bahar for Winds last night
this was part of a larger concert of Kyle Tieman-Strauss‘ work at NYU/Steinhardt

Bahar for winds is a project we will be developing over the next few months. stay tuned…

I am also happy to report that the Bahar CDs have made it to shore!!

the webpage for Bahar is now live, preorder here

Tennis is out today as a single:

Bahar will be out May 5th US / 4th UK on London-based Bit-Phalanx
for now I am delighted to share the cover artwork, done by Antye Greie-Ripatti

the first song is called “Tennis” and will be out shortly, stay tuned!!

I talk my new record, Bahar, with ATTN:Mag in this interview
Bahar is my fifth solo album and will be released in the spring, more info soon…

happy to say my voice landed on this lovely track by Evan Dice
from his forthcoming album…some glow through the snow!

i am pleased to share the third & final Tempatempat video
for “Yogyakarta”, directed by Alex Halstead:

here are two videos I scored for SCI-Arc projects
both with visuals by Jordan Squires
from 2013 & 2014 (click to watch, embeds disabled)

now here’s a casual collaboration based on a chance encounter:
met impossible textures at a concert 3 weeks ago …
decided we had enough in common to make something!

there is a new interview with me up at Silent Media
I discuss my collaboration with countertenor Mikah Meyer, solo albums and poetry
read here

MIXDESK UPDATE!! i have been working with zach thorpe for 5 years on his debut record
and finally can announce there will be music from him soon!
for now i offer an in – progress view
a noisemix i did for him that will not make the record
just a taste!

I arrived home from my travels today to find Tempatempat CDs were delivered!!
please place physical orders via my BUY page
find digital in most digital retailers (itunes amazon etc.)

I was traveling around NYC all week because both Sam Tarakajian and AGF were in town
and was able to spend some amazing time with both of them of them!!

Weather Patterns, my collaboration with countertenor Mikah Meyer
and photographer Meire Todão, is out now on Silent Media

please have a look at the album page, label page, or buy the record

first feedback is arriving on Tempatempat

from Cyclic Defrost (“a consistently intriguing collection”)
ATTN:Magazine (“the beats are fierce”)
Critical Masses (“It’s as transcendental as it gets”)
and Beach Sloth (“his most confident work”)

many thanks to them. and happy Spring!

“Rift” is another track taken from Tempatempat which was produced using only recordings of my voice the video was directed by Simone Sörgel, and I am really excited by this one!

there is also a recent interview up with Beach Sloth

Conifers is an all vocal drone piece I wrote last year
which quickly became very close to my heart
immediately I felt it had a certain distinguishable character
and have begun using it as an intro file for live situations …
a lot of the music I favor for sleep has a drifting beatless quality
like phil niblock, or kevin drumm / “tannenbaum”
so it is my hope that my listeners engage in repeated listens
to perhaps gain relaxation and clarity! download

a new interview is published in Polish in Vault 909 Mag #2, click for PDF
also tonight at 10pm London time there is an exclusive mix on resonance.fm
of tracks, snippets and extras from Tempatempat

my fourth solo record, Tempatempat will be out in 2014 via MonotypeRec

Tempatempat is an Indonesian word, chosen for its repetition and meaning
the meaning changes depending on how the word is broken:
Tempa Tempat means “forging place”
Tempat Empat means “fourth place”

the first track to hear, “Intersection of Rivers” can be streamed at XLR8R

another track, “Conifers” is available below,
matched with a minimal looping video of the pine trees across from my house:

Piotr-Heslin, my collaborative EP with Paul Heslin
is available now as a free download. click for project site
…first review by Stray Landings: “I remain completely captivated by every bizarre move they make”

a new review is up for Raj over at Bearded Gentleman Music
it is also now stocked in the Norman Records store. enjoy!

some new tracks and live improvisations …

some wonderful unexpected glow for Raj in The Quietus. thanks John !!!

also available for download is a new version of Open:

a new, all-vocal work of mine is available for stream at Radio Papesse
I composed this track for their Süden Radio call

quick update! i have completed my work with countertenor mikah meyer
“weather patterns” will be released late 13 or early 14 as a boxed set

now i am in the midst of scoring a documentary called “here”
still in production, more details soon

in other news, I stopped by downtown venue Spectrum last week
and was very fortunate to finally meet maja ratkje and watch her perform!

Raj is available for preorder over at bandcamp

the record is released February 26th

also enjoy the video for the track sand defacing all surfaces

the first video from Raj

was directed by ben cannan

for the track grave

the first track to drop from Raj, “Hutan”

is available free, over at XLR8R

more details on Raj, including tracklist

can be found over at Resident Advisor

Air, a collection of live performances of Airing tracks 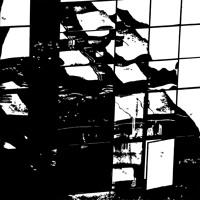 I have completed a mix for Experimedia’s new series

about my upcoming third solo record

the title is Raj, the artwork is below

to be released in 2013, with more details crawling out soon

reviews of Deliver at Critical Masses & Beach Sloth, a review of Airing at PopMatters

Deliver will be released as a single on the 23rd

listen to the album version:

a snippet of the Pinkcourtesyphone mix is here

there is a new interview with me up at today I conversed with. enjoy!

for promo copies, write me !

Deliver will be a single in july

write me for promo copies

music video for my track colossus, directed by jeremy bailey

Airing is available for pre-order today,

I have decided to go with “pay what you will” for the pre-order only!

head over to bandcamp to purchase

I was the visiting artist at WGXC’s studios today

to discuss Airing and my upcoming EP Radio Mantras

I filmed the rest of the footage for the deliver music video with carahanni:

deliver will be a single in July, expect remixes from best fwends & pinkcourtesyphone

at sLow Audycja as part of their miniatures series. 14/15 tracks were used!

a new interview with me & a glowing review for AGORA

have just been posted at everythingischemical.com

two pre-release reviews have been posted for my second record, Airing.

to request review copies email me

I am pleased to announce Jeremy Bailey is working on a music video for Colossus, out soon

another track, Deliver, will be out as a single in July along with remixes

and here is the front cover of Airing, pre-order will begin April 16th, for review copies email me

UPDATE: listen to the mantras here

to catch the premiere of new works of mine, Radio Mantras

alongside my second solo record, Airing

they are extended forms of a track on Airing called Radimantra

there will also be remixes

my second solo record, Airing, will be out in three months.

some of the pieces on the record were performed in october. you can listen to them here

stream the first track of the record, Colossus:

Ivan and I have a project called gobs

dir. Pierre-Henri Ramboz, from my upcoming full-length Airing, due in spring

we recorded in a cathedral earlier this month

I also am at work on an EP based around a track on my upcoming album Airing (due spring 2012).

photos from the release party are here

by the needle drop

“such a sense of musical community…impressive gathering of experimental people”